Аutomatic alerts allow you to define specific alerts types for each pipeline that originated from a specific source. Instead of manually definition alerts on every pipeline this method allows easy and time-effective way to create and manage multiple alerts.

Automatic alerts are defined on a source level. Go to Settings->Airflow Syncers. You can define automatic alerts during syncer creation or edit existing syncer definitions and enable auto alerts. 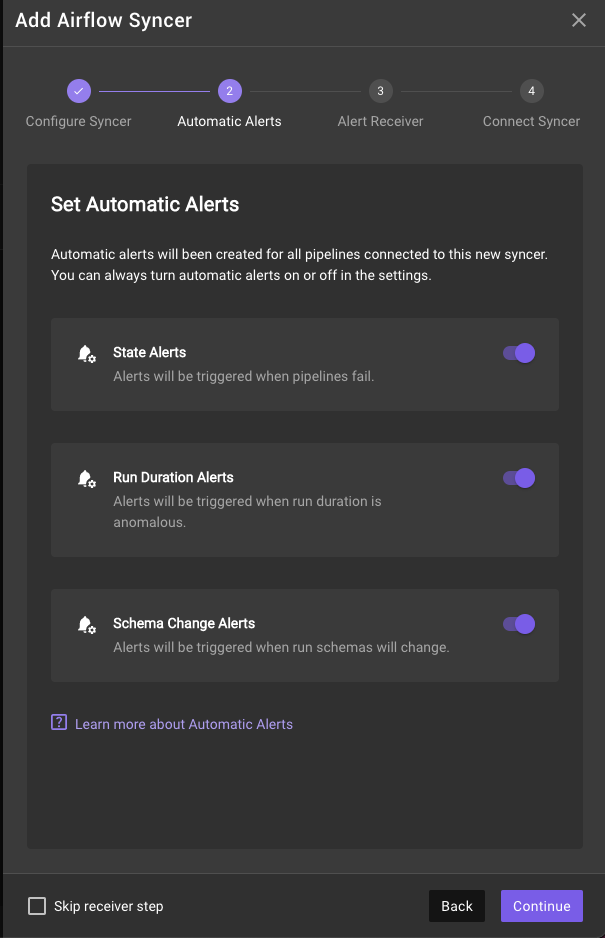 In order to disable these alerts a user can:

When an alert definition is deleted, existing firing alerts would be deleted as well.

When Syncer is archived, automatic alerts associated with a syncer are deleted.